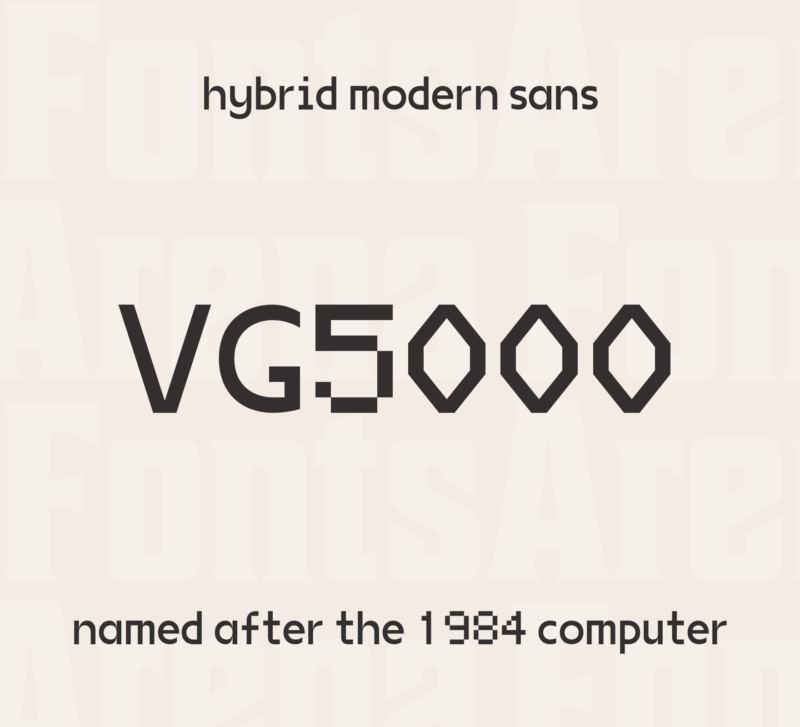 The VG5000 takes its name from the 1984 released homonymous computer manufactured by Phillips.

Although VG5000’s original video processor displayed bitmap characters in a 8×10 dots matrix, the modern VG5000 font is built on a grid four times more detailed, allowing more freedom and adding curves where the original had only right angles.

Some right angles have been deliberately preserved from the original, resulting in an interesting hybrid modern sans. One of the features that was also preserved is the accents always placed at the same height. Many glyphs and pictograms complete the VG5000’s original set, including references to VG5000 games and the history of emoji.

If you’d like to contribute, check out VG5000 GitLab repository. 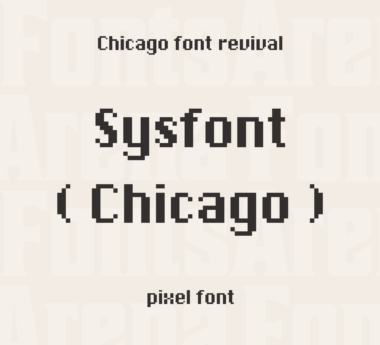 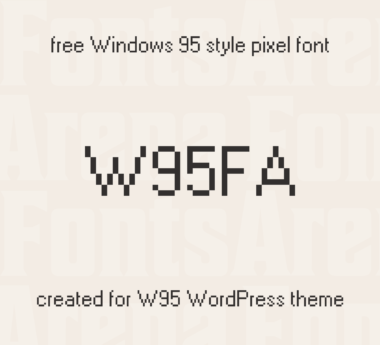 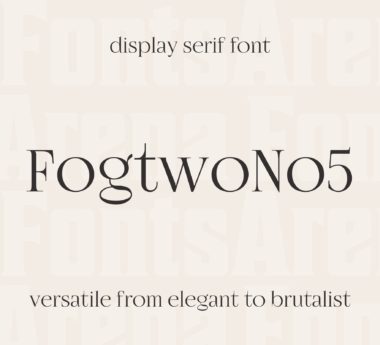