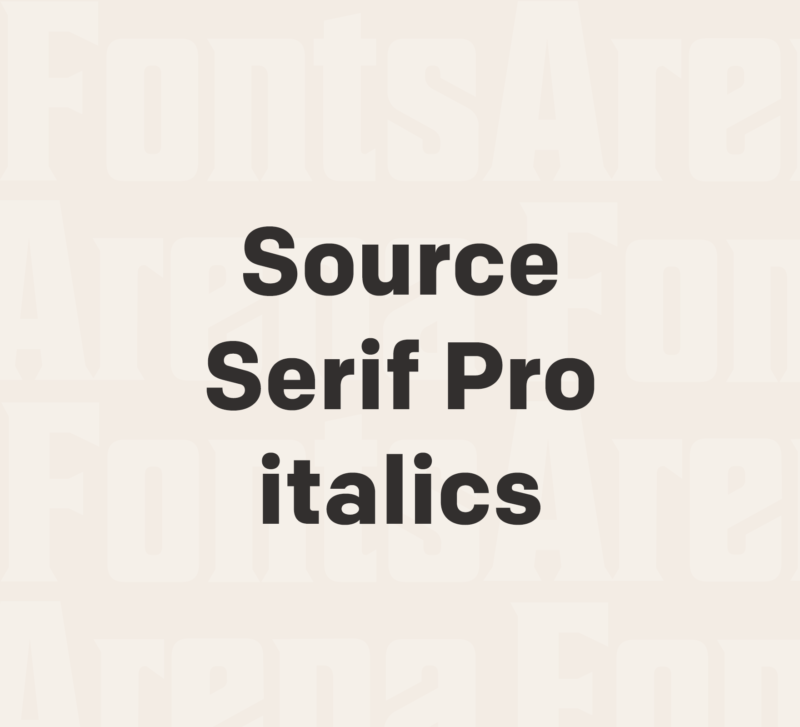 Yes, it finally happened. Source Serif Pro was first published in 2014 as open-source, but only with upright styles. Although its authors had a complete matching set of Italics ready to ship, a decision was made to delay their release, and work on improvements so that the design quality be consistent and match with the Roman styles.

The Italics were completely redrawn from scratch, this time more closely associating with their historic source of inspiration — Fournier’s work. Some of the characteristics found in Fournier’s Manuel Typographique original specimen, were introduced in the new styles released today.

Source Serif itself is a part of a much bigger project: Source Han Serif. Many glyphs (and months of work) were needed, and since CJK writing systems do not traditionally use Italic styles, the emphasis of my work was to expand the Roman styles as far as possible, which manifested in a version 2.0 release in 2017.

The Italics were launched with Adobe Latin-3 support, just like the first release of the Roman did. Extended character support is already planned, including Greek and Cyrillic italics as well as AL-4 support. Irene Vlachou and Emilios Theofanous were already commissioned to help draw the Greek Italic.

The new styles can already be synced from Typekit. You can also visit the GitHub repo for the full range of downloadable versions, including variable fonts.

UPDATE: The italics were added on FontSquirrel