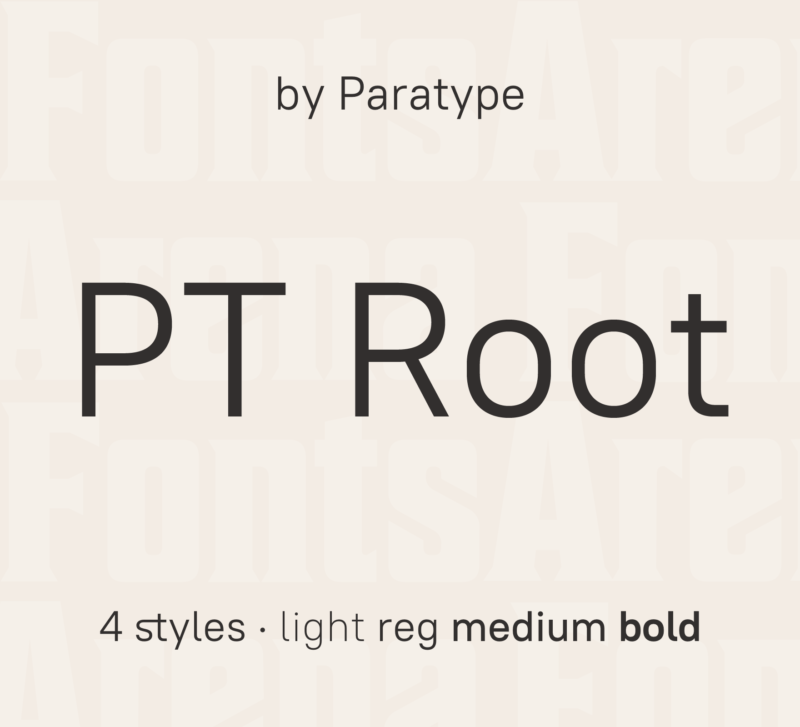 Has extensive language support, including Latin Extended and Cyrillic (including Cyrillic Asian), different sets of figures and currency signs, fractions and indices, as well as a number of wayfinding signs and alternative forms.

PT Root UI was designed by Vitaly Kuzmin and released by Paratype.